Please enter your username or email address. You will receive a link to create a new password via email.

Historic Gaither-Hobbs-Musgrove House c.1780 is conveniently located in the charming community of Sunshine, outside of the Brookeville Historic District and just minutes from downtown DC and Baltimore.

The house was owned by multiple generations of one extended family from 1780 to the mid 1930’s. Since then there have been four families, including the present owners, caring for this distinguished structure.

These stewards have lovingly preserved the historic detailing giving the house a true period feel, but with the modern amenities that we have come to expect, like luxurious bathrooms, spacious bedrooms, updated plumbing and electrical, zoned central air conditioning & heating, low-maintenance vinyl siding, insulated windows, and so much more. The present owners have spent their tenure maintaining this noble structure for the ages and the next steward can enjoy the benefits of their passion for historic preservation.

With over 2 1/2 secluded acres, far from the road and down a long driveway, this is a gardener’s paradise ideal for someone with a love for plants and gardening. There are multiple garden plots ready for the next steward’s personal touch and preferences, and though the property is no longer a working farm, there remains a vintage barn & chicken coop waiting to be put to some delightful use.

First time offered for sale in nearly 40 years, the Historic Gaither-Hobbs-Musgrove House  presents a unique opportunity to own a piece of Maryland history nestled in rural Montgomery County.

A dream 18th & 19th century farm house with all the modern amenities in a rural setting, the Historic Gaither-Hobbs-Musgrove House is a home of rare and beautiful distinction, close to DC & Baltimore, yet a world away. 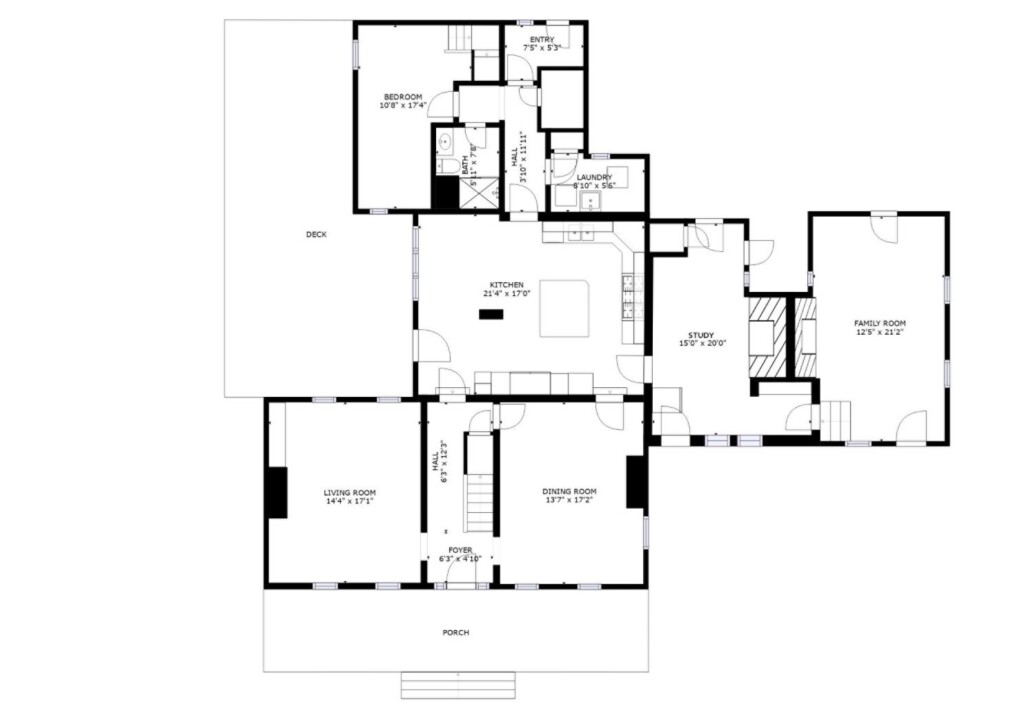 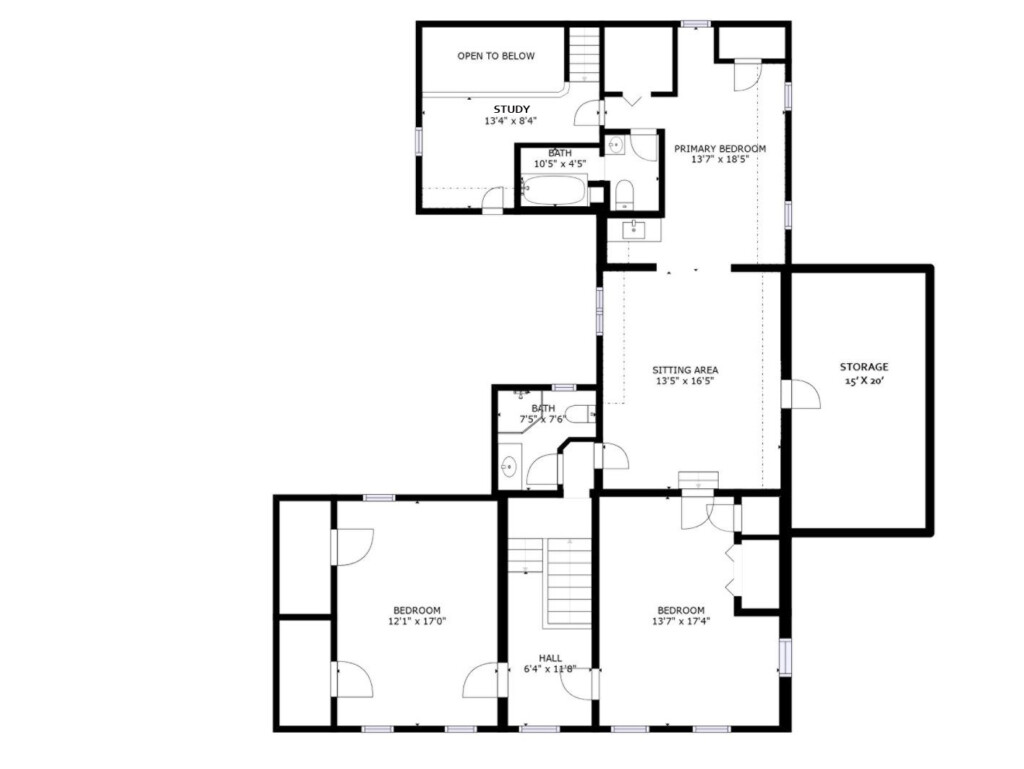 This house and its outbuildings are significant as an example of an early farmstead that remained in one family for 220 years, growing to meet the needs of its owners.

The property was part of a land grant to Benjamin Gaither around 1725. His grandson, Benjamin, in 1779, sold “Gaither’s Purchase” (100 acres) and “What’s Left” (54 acres) to John Musgrove. A very prosperous man, Musgrove owned several tracts of land in the area; he was taxed in 1783 for a frame house (18′ x 24′) on “Gaither’s Purchase”, probably the original part of the present house. Soon after John’s death in 1785, his son, Nathan, bought out his siblings, also becoming prosperous. His daughter, Rebecca, married Caleb Gartrell, whose sister Jan, married Frederick Gaither in 1800.

Frederick and Jan Gaither were the parents of Frederick O. Gaither, later owner of this house, and hence its name on the M-NCPPC Atlas. Another of Nathan’s daughters, Sarah Ann Musgrove, married Thomas J. Hobbs in 1826, and received Gaither’s Purchase on her father’s death in 1823. Sarah died in 1832 and Thomas Hobbs remarried in 1834. He and his new wife, Elizabeth Rice, had eight children. Mrs. Elizabeth Hobbs sold the house to Frederick O. Gaither in 1870. By 1878, the house and property entered the Groomes family (son in law of the Hobbs) and remained in that family until after World War II. (Maryland Historical Trust)
more…

This building is significant as an example of a small, early farmhouse which grew to meet the needs of its owners. The property “Gaither’s Purchase” probably entered the Gaither family around 1725, when Benjamin Gaither was granted a large tract of land in this region known as “Benjamin’s Lott.” Gaither’s Purchase was no doubt acquired soon after this original grant, and was probably a tract adjacent to Benjamin’s Lott. Records show that Gaither’s Purchase became the property of Benjamin Gaither, grandson of Benjamin, son of Edward, through Edward’s will (4/26/1777). Benjamin in 1779 sold this tract of 100 acres, and the adjoining 51+ acres of “What’s Left”, (also from his father’s will), to John Musgrove. “What’s Left” is a tract shown on the map just south of Gaither’s Purchase. The price recorded was an incredible 3,080 pounds of tobacco. This sale into the Musgrove family was dated 10/29/1779, recorded 2/25/1780. Musgrove also purchased 38 acres from Betsey Davis Welsh, seamstress, for 100 pounds of tobacco.

A review of the tax records for 1783 at the Montgomery County Historical Society indicates that John Musgrove was the owner of several tracts of land in the region surrounding Gaither’s Purchase. Of these tracts, only Gaither’s Purchase, and “Bear Garden Forest Enlarged” have recorded improvements. On Gaither’s Purchase he was taxed for a frame house (l8’x24′), a barn, a log cabin, and another log structure. Incidentally, the rooms in the present home, identified as Section I on Figure III are together about 18’x24′. These two rooms have in their center a large old stone fireplace.

John Musgrove died in 1785, a very prosperous man; his will was probated August 8, 1785. His lands were divided among his wife and children. His aggressive and also prosperous son, Nathan, gradually bought out his siblings. Between 1797 and 1799, Nathan acquired most of his father’s lands, including  Gaither’s Purchase and “What’s Left”, (100 acres and 51+ acres). Nathan’s daughter, Rebecca, married Caleb Gartrell, whose sister, Jan Gartrell, married Frederick Gaither (January 17, 1800). Frederick and Jan Gaither were the parents of Frederick O. Gaither, later owner of the house.

Nathan Musgrove died intestate in 1823, and his property was split among his surviving widow and seven children. His personal estate was valued at nearly $5,000. The Hobbs couple received “Gaither’s Purchase” and “What’s Left”, and through various arrangements they traded pieces of land with neighbors to complete their ownership of squared lots. A farm house is identified on Gaither’s Purchase at this time.

Sarah Ann Musgrove Hobbs died in 1832, leaving two children (Mary Ann and Nathan). In 1831, Thomas J. Hobbs married Elizabeth M.M.J. Rice. He had eight more children by Elizabeth, all minors at the time of his death at his home on July 1, 1855. He left no will, and his property was not reassigned until 1858 when the suit of Franklin Groomes et al vs. Elizabeth M.J. Hobbs et al was settled in the courts. The Lot #1, with the dwelling house, and Lot #4 were then sold by the court appointed trustees to Mrs. Hobbs for $18.40. This consisted of 62 (plus) acres of “Gaither’s Purchase” and “What’s Left”, with a large barn and apple and peach orchards. The location of the house on Lot #1 shown in the title records is the same location of the house today.

This suit of 1858 was evidently a “friendly” suit, aimed at getting the title matter expedited through the courts. Franklin Groomes was Mrs. Hobbs’ son-in-law, married to Mary Ann, daughter of Thomas J. and Sarah Ann (Musgrove) Hobbs. (Also, Mary Ann Groomes was, through marriage, a distant cousin of Fredrick o. Gaither.)

Mrs. Hobbs sold this house and property, Lots #1 and #4, to Fredrick O. Gaither on March 15, 1870. “Rolling Acres”, his parents home, was nearby, just north of Unity. By 1878, the house and property entered the Groomes family where it remained until after the second World War. The elderly Mrs. Hobbs was married on the front porch. Her maiden name is Groomes. (Maryland Historical Trust)
*The property was purchased out of the original family in 1976 and the current owners acquired it in 1983.
more…

*This is a historic evaluation done by the Maryland Historical Trust 1976 and there have been modern improvements since this writing.
This seven bay by one bay, two and a half story, frame house has grown over the years by additions built by various owners.

Built on fieldstone foundations and facing south, there are three distinct sections. The oldest section of the house is a one room structure. A later, two room, two and a half story addition was built west and slightly to the south of the original house. Finally, during the 1970s a modern two and a half story wing was built to the north.

The south (front) porch extends across the south elevation of the west addition. This porch has a shed roof covered by green raised seam metal (now asphalt shingle) covering. Four chamfered posts with curved brackets support the roof.
Three wooden steps lead up to the porch. The south door is wooden paneled and is flanked by three light sidelights and is surmounted by a five light transom. On the east elevation of the west section there is a twelve light door which is protected by a shed roofed hood.

The south (front) door opens into a central hallway. An open string, double run stairway ascends along the east interior wall. It has a turned newel post and square balusters. To the east of the hall is the dining room and to the west is the living room. At the north end of the hall and
at the north end of the dining room two steps lead down into the kitchen and breakfast room (at the west end). At the east end of the kitchen there is a small room now used as a family room. This family room was the original structure erected on this site.

There are random width floors throughout the house. The living room and central hall have very wide floor boards. The walls and ceilings are generally plaster over lath. The family room has vertical and horizontal planked wainscoting and exposed rafters. There are wooden paneled doors – and molded door frames. The family room fireplace is constructed of fieldstone and there is a simple horizontal wooden shelf which serves as the mantle. There are smaller brick fireplaces in the living and dining rooms with simple mantles and surrounds.

It is believed that the original sections I and II with the central enclosed fireplace were constructed by John Musgrove (18th century). It is further believed that John’s son Nathan added Sections III and IV around 1800. The 1976 owner added
Section V in 1978. (Maryland Historical Trust)
more…

The Town of Brookeville played a significant role in history, as United States Capital for a Day on August 26, 1814, during the British occupation of Washington.  On this day, President James Madison and his staff sought refuge in the Brookeville home of Caleb Bentley (now known as the Madison House) following the British invasion and burning of Washington.

Brookeville is a historically significant 19th century rural settlement in Upper Montgomery County, Maryland, approximately 18 miles north of the District of Columbia. Covering approximately 60 acres, the Town consists of 55 individual properties and has an estimated population of 135 residents.

The Town was founded in 1794 by Richard Thomas, on land inherited by his wife Deborah Brooke from her father Roger Brooke IV, son of James Brooke, an influential Quaker settler and the largest land holder in what was to become Montgomery County. Early houses were notably the Caleb Bentley House (now known as the Madison House), the Blue House, and the Valley House. To this core, Thomas laid out an additional 56 – acre lots sited along two major streets (Market & High) and two side streets, (North and South). Brookeville was incorporated by the Maryland General Assembly in 1808 which appointed three town commissioners – making Brookeville the oldest incorporated municipality in Montgomery County.
more… 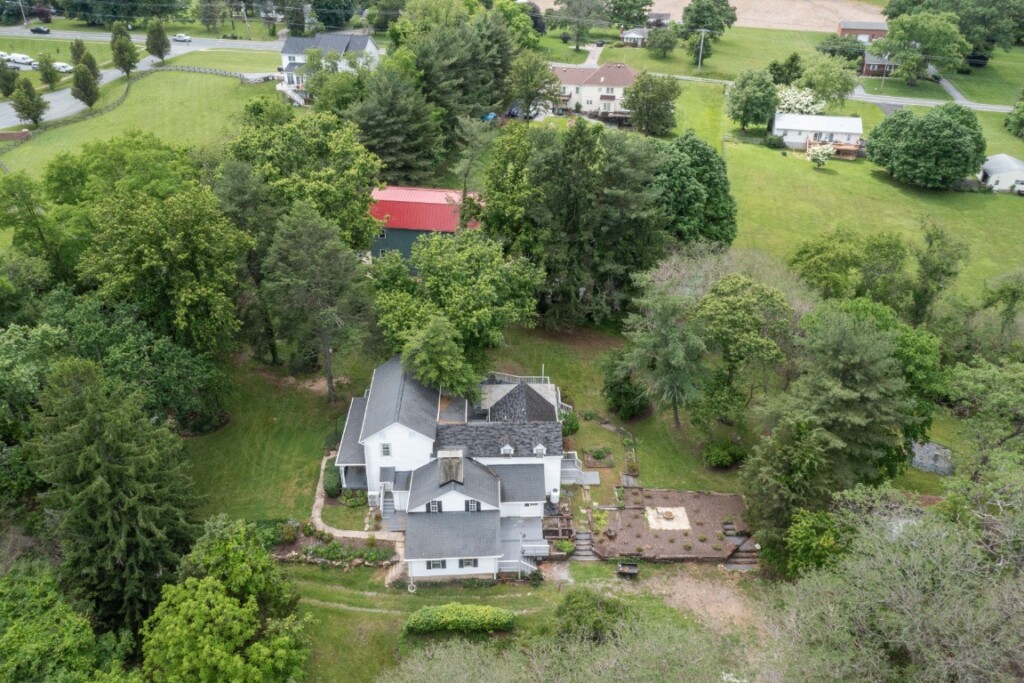 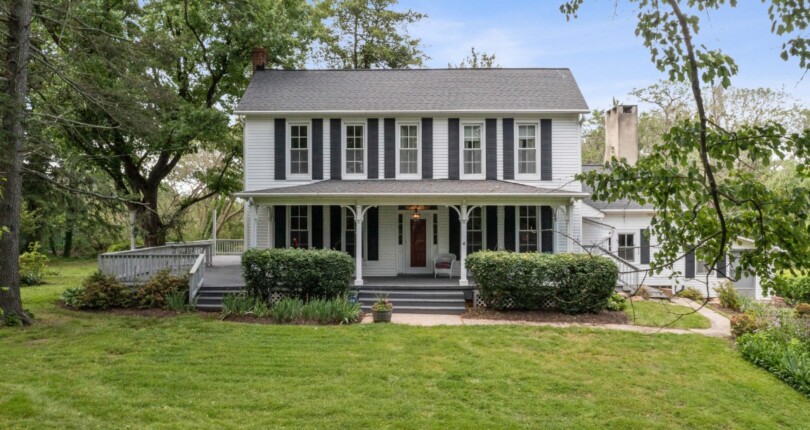 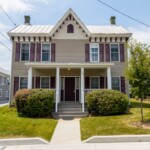 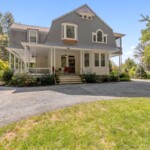 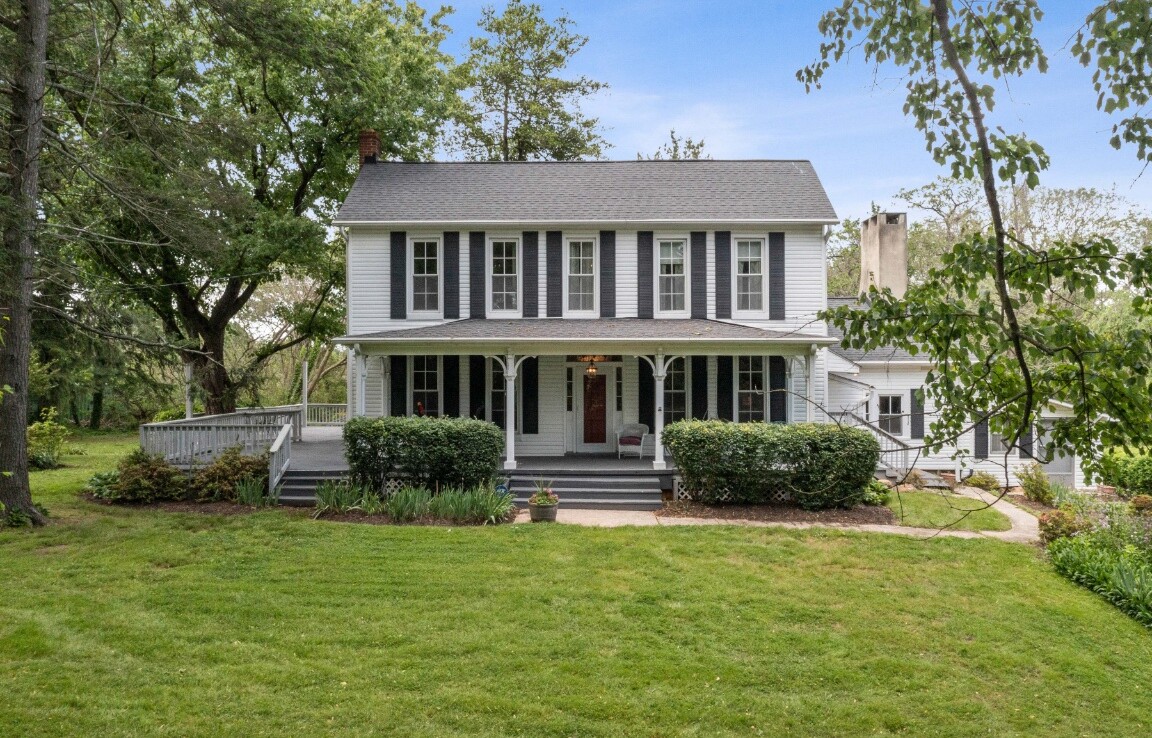 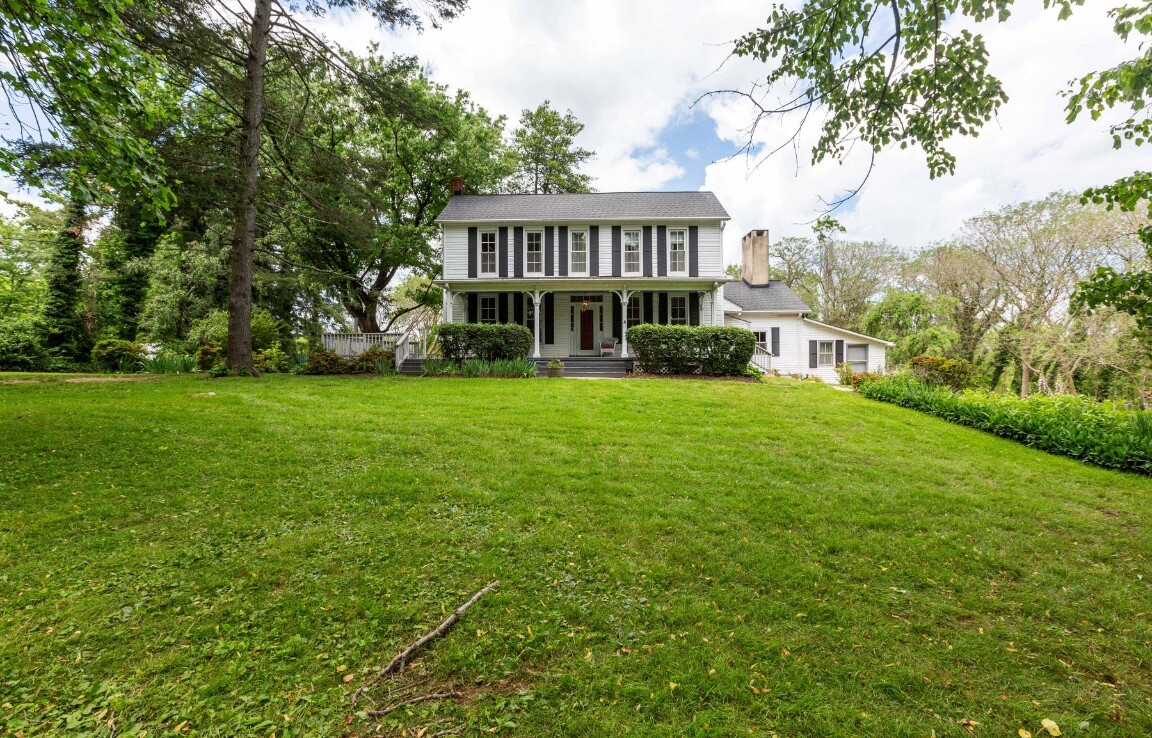 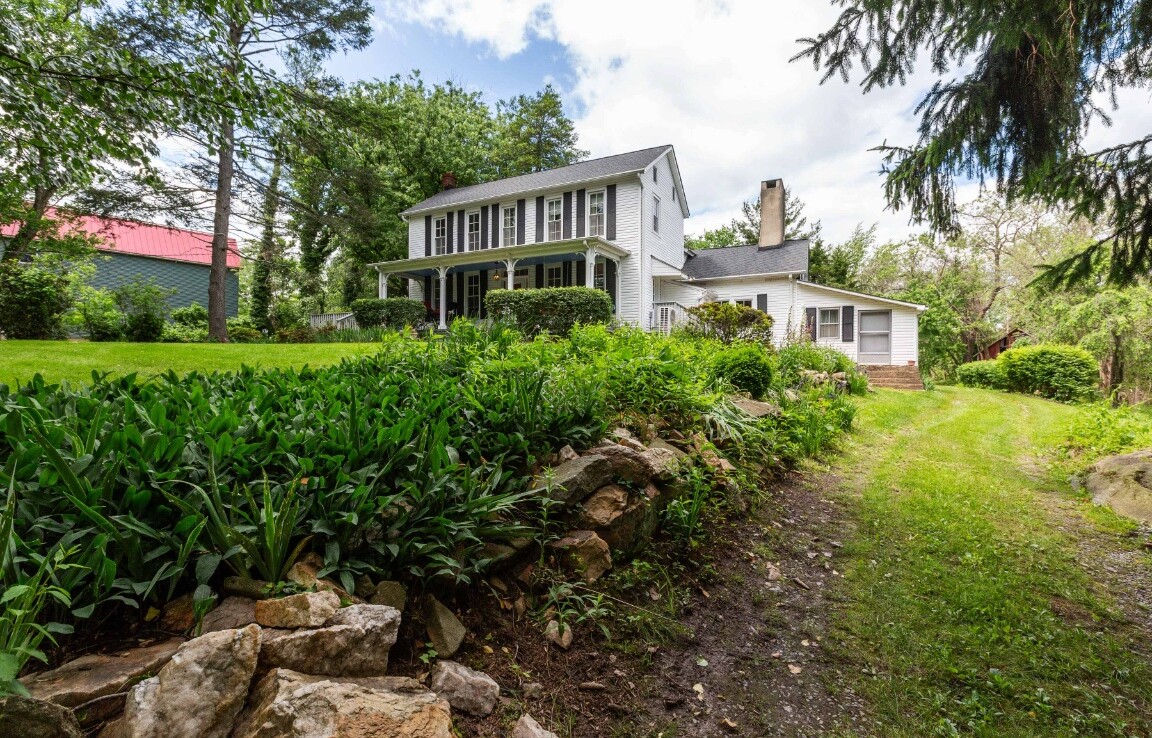 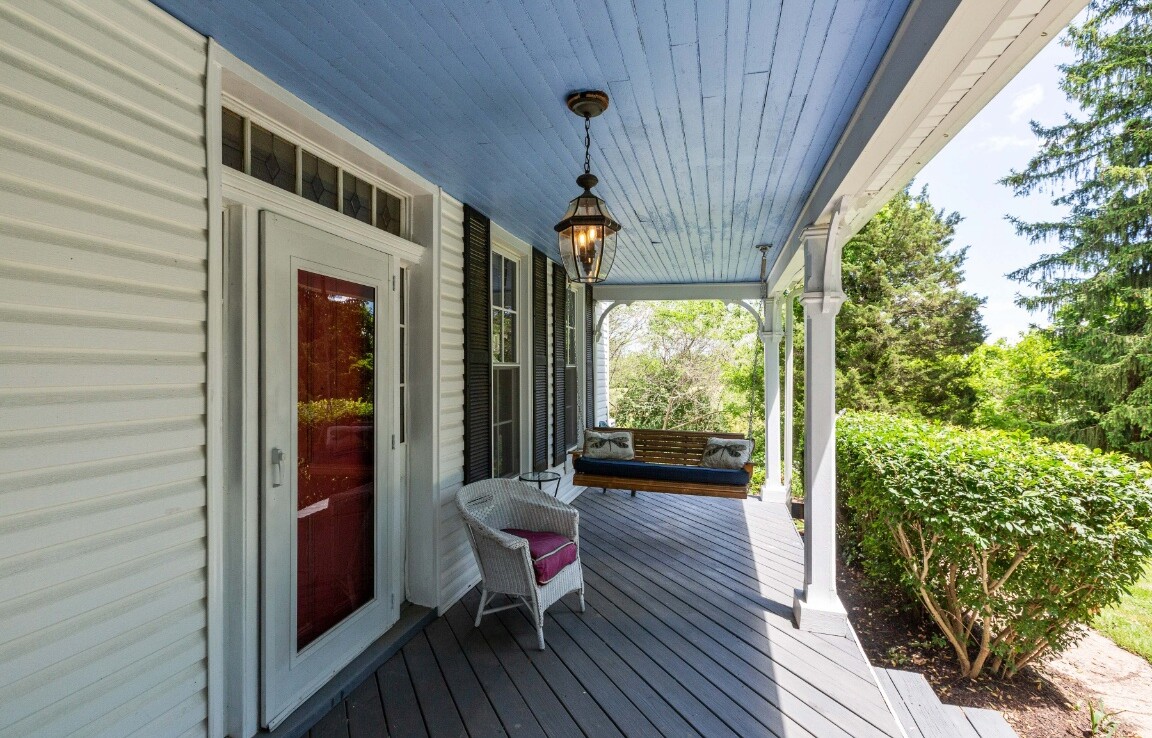 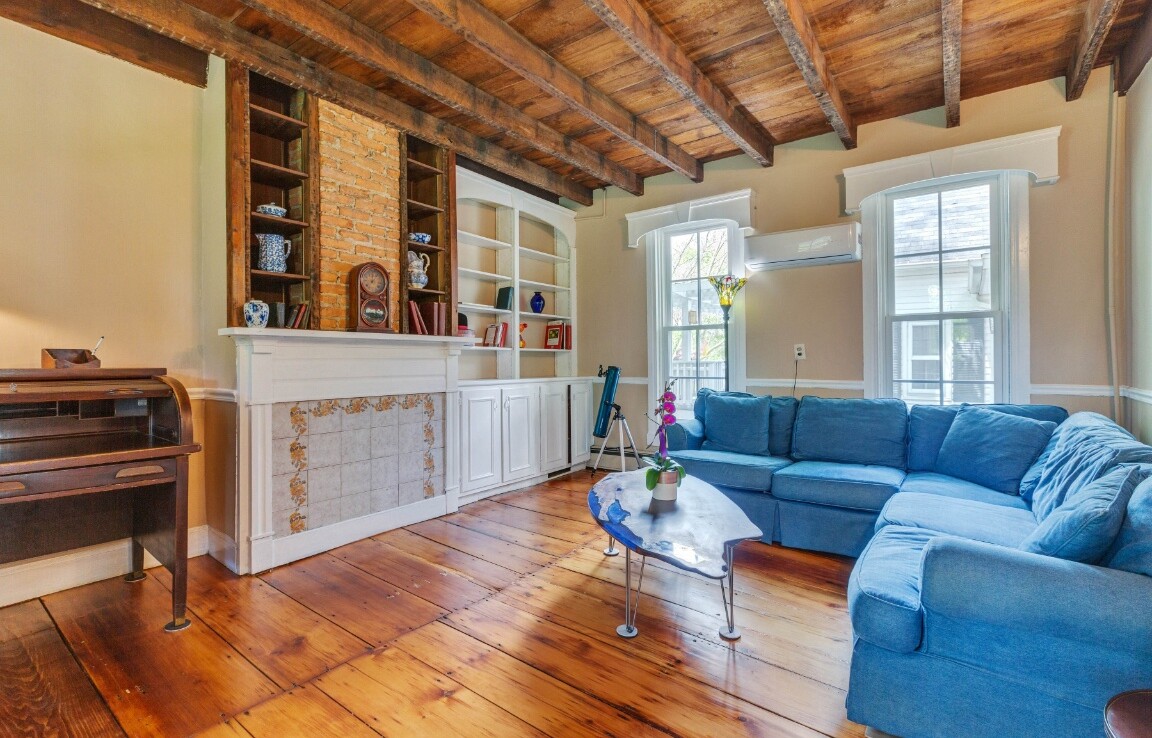 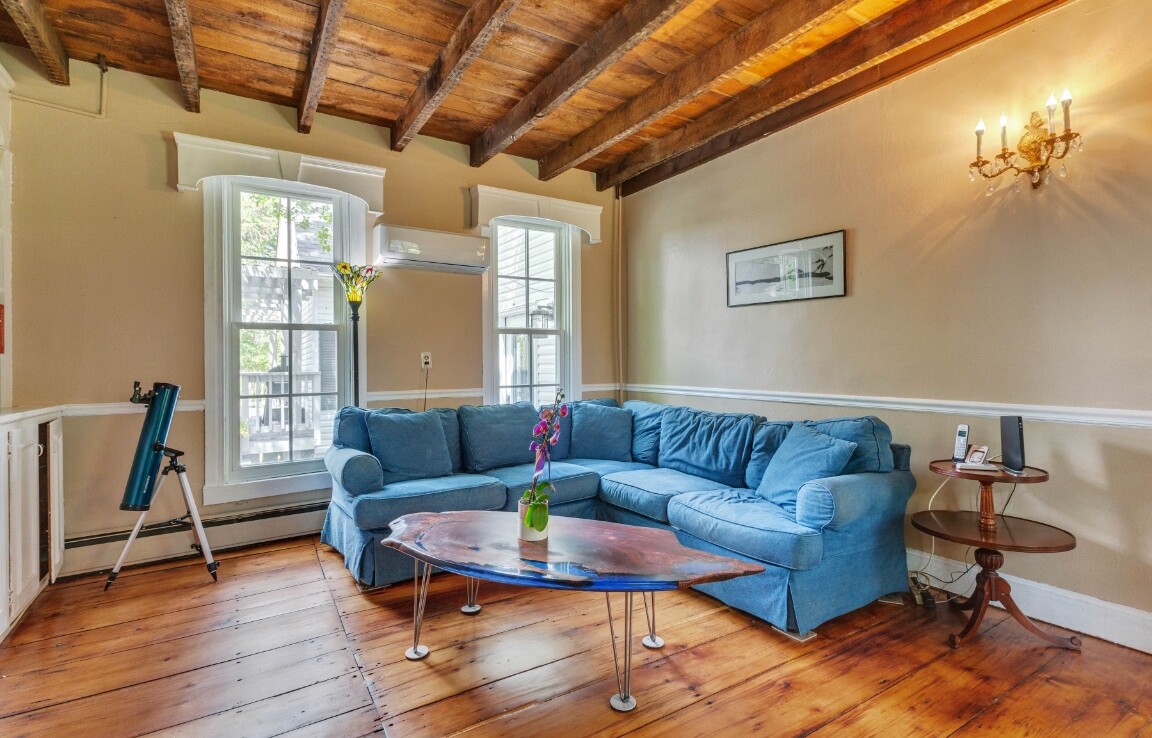 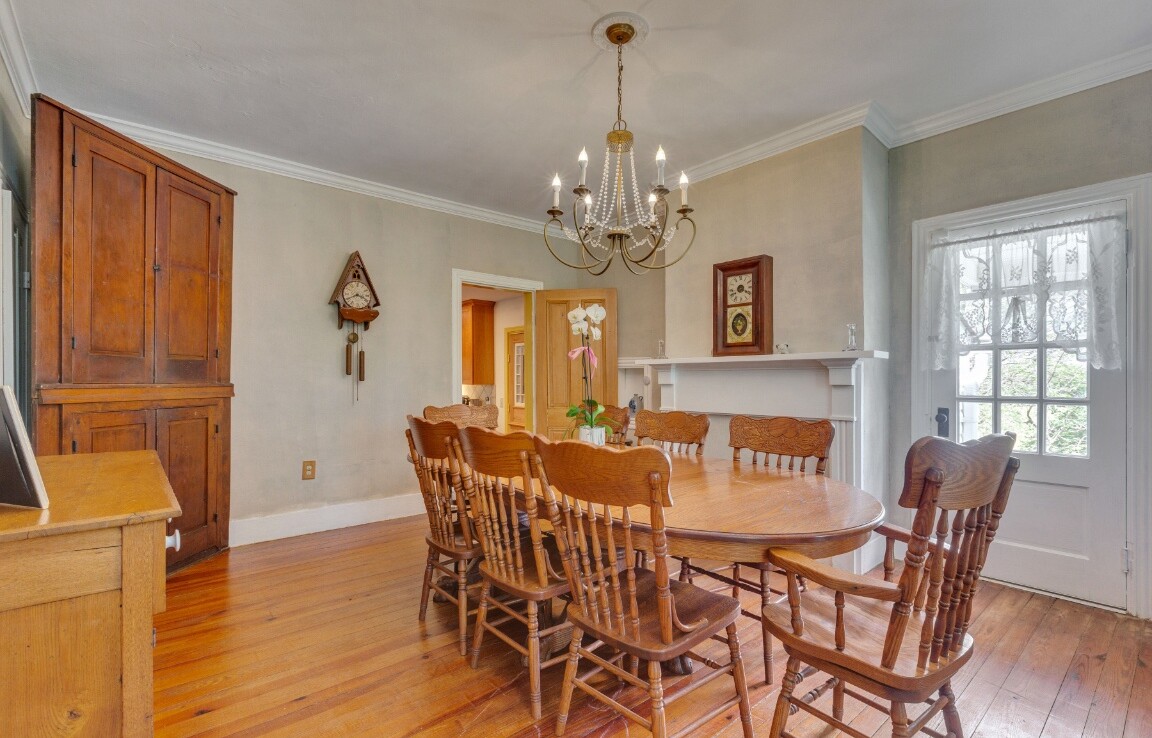 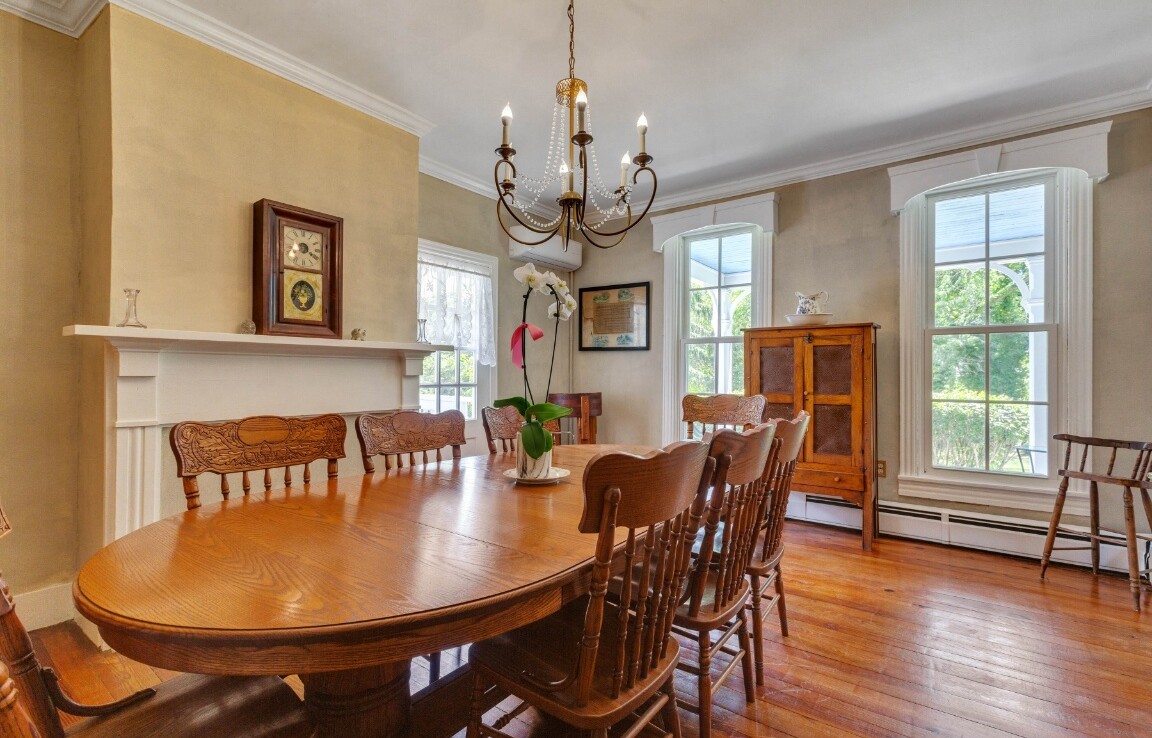 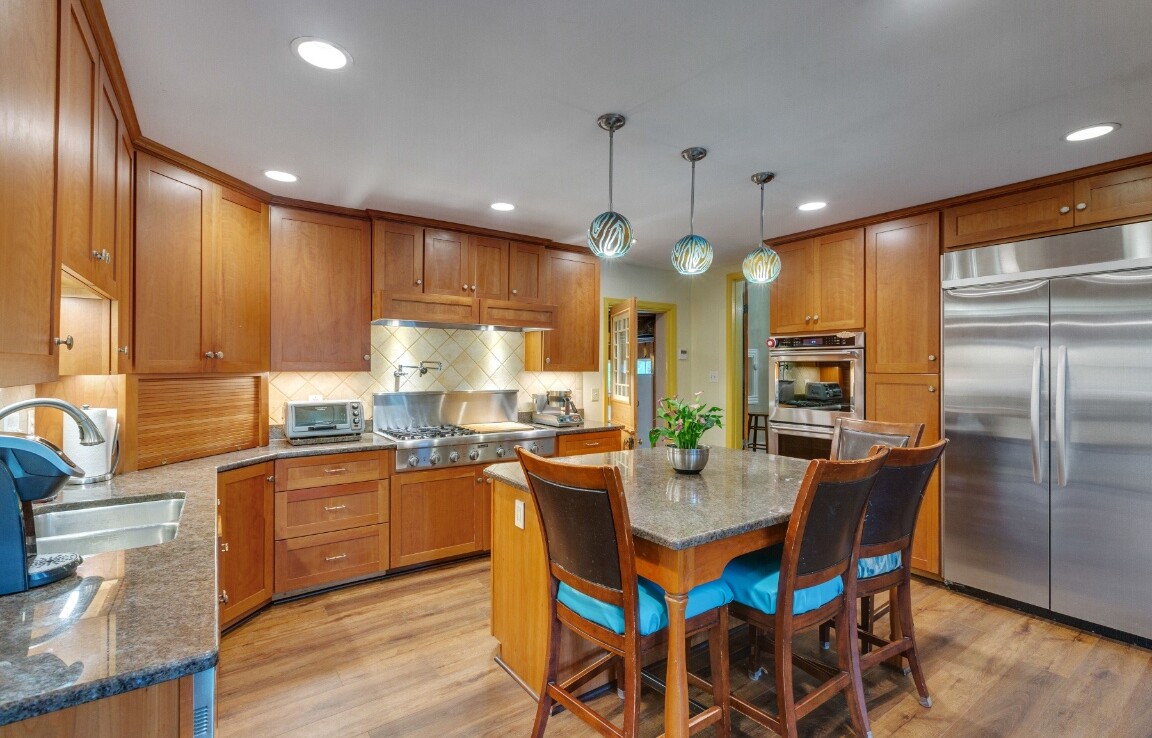 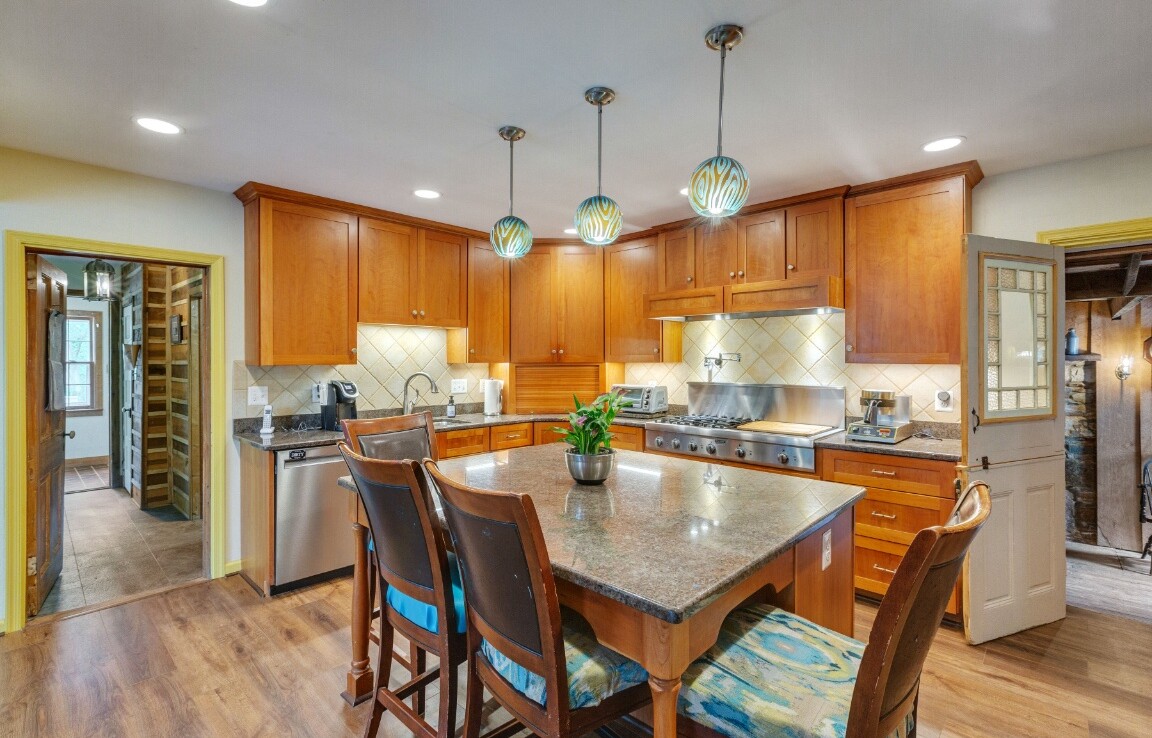 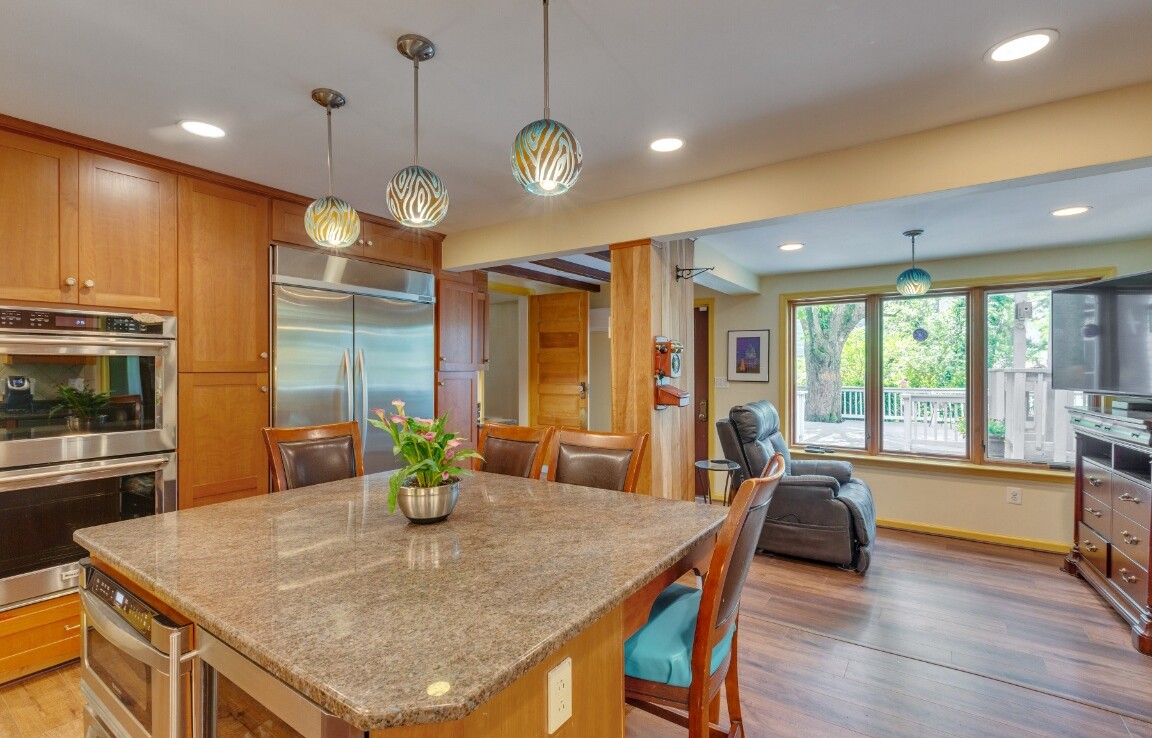 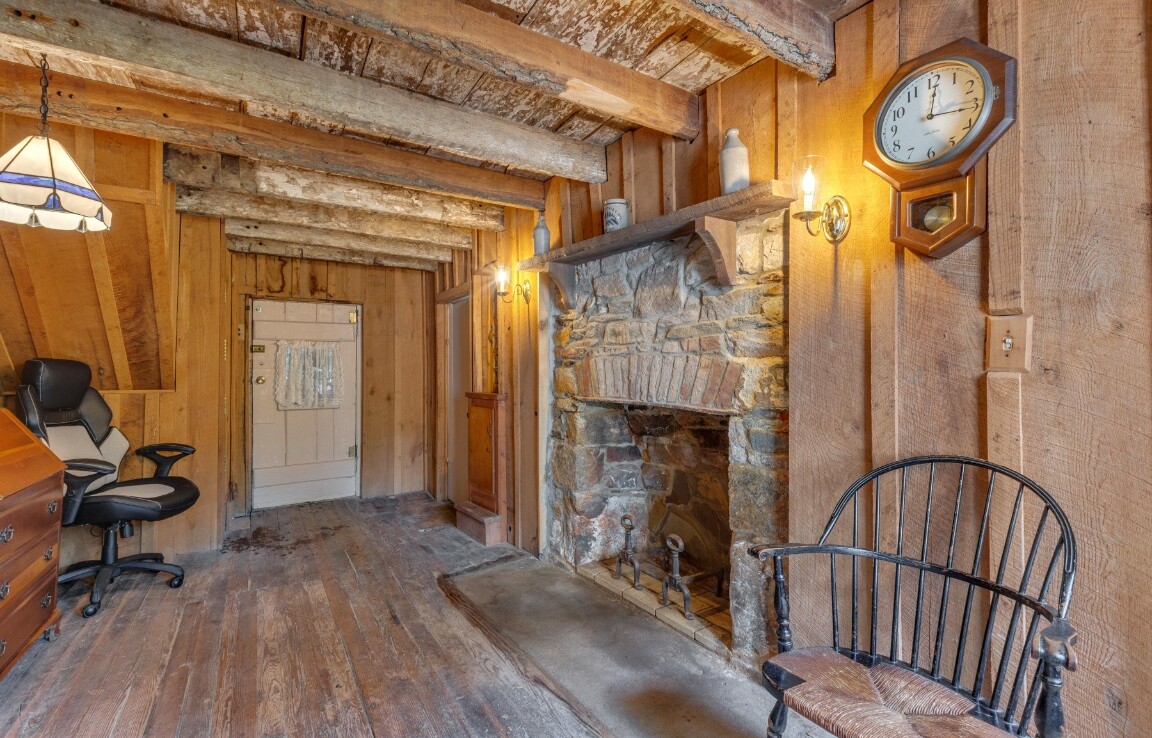 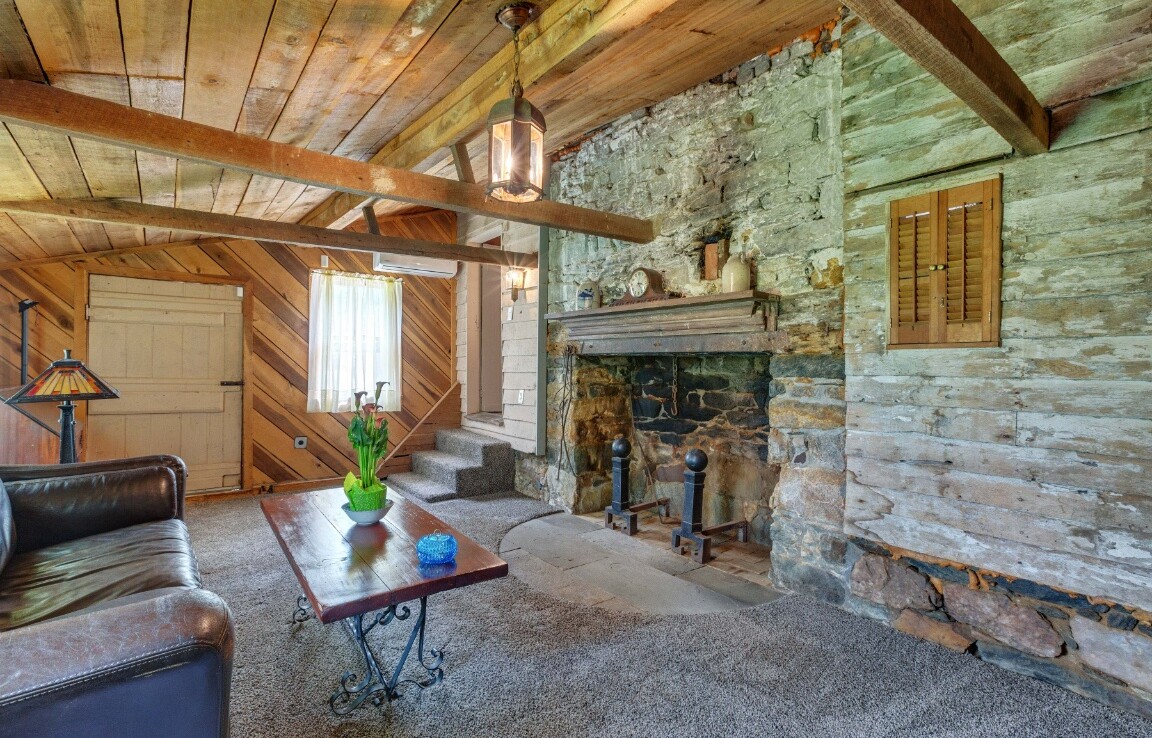 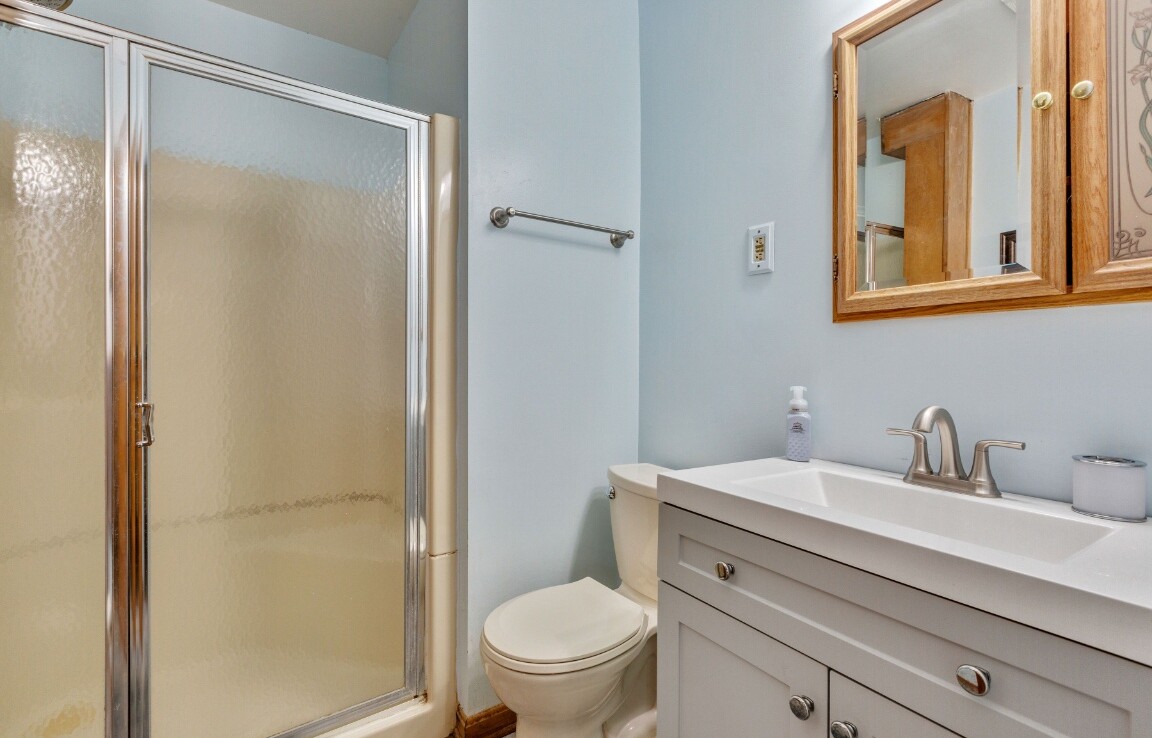 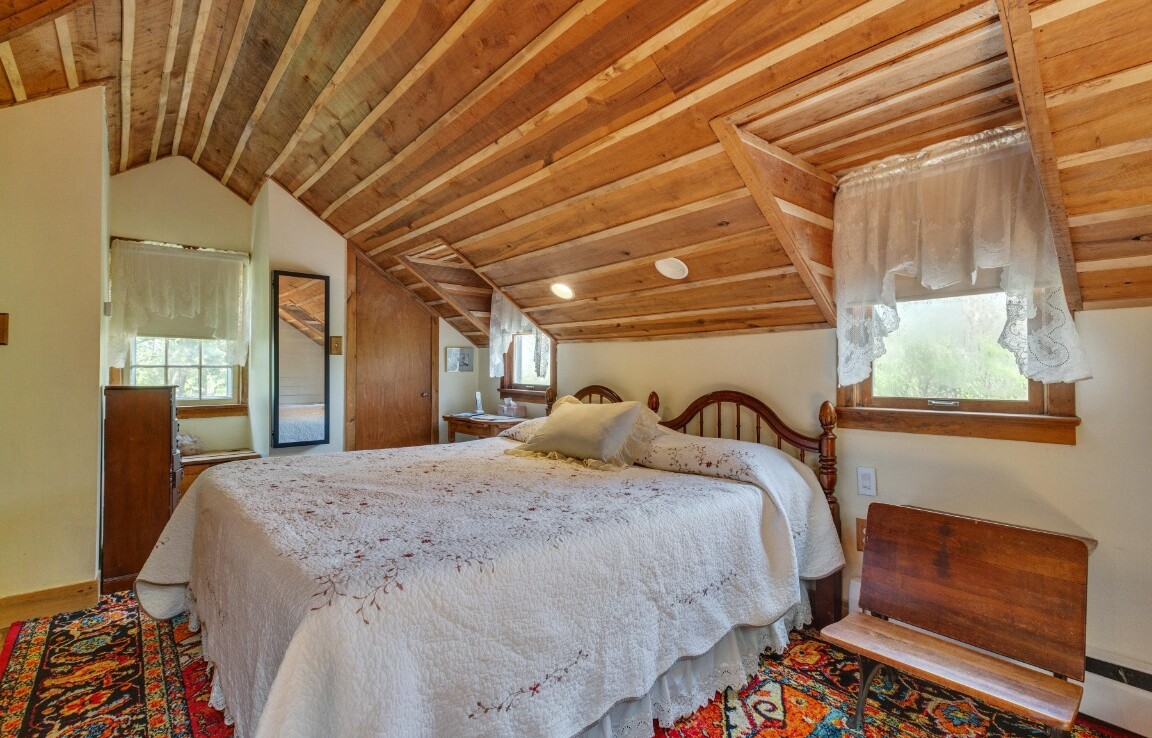 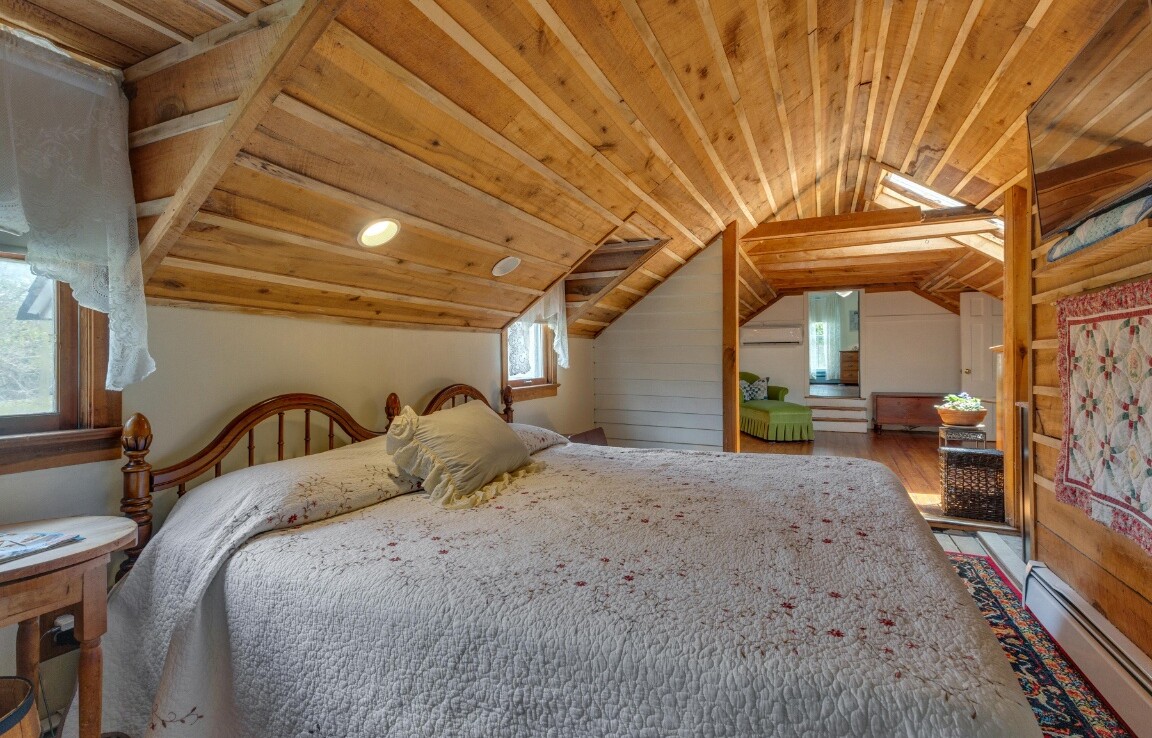 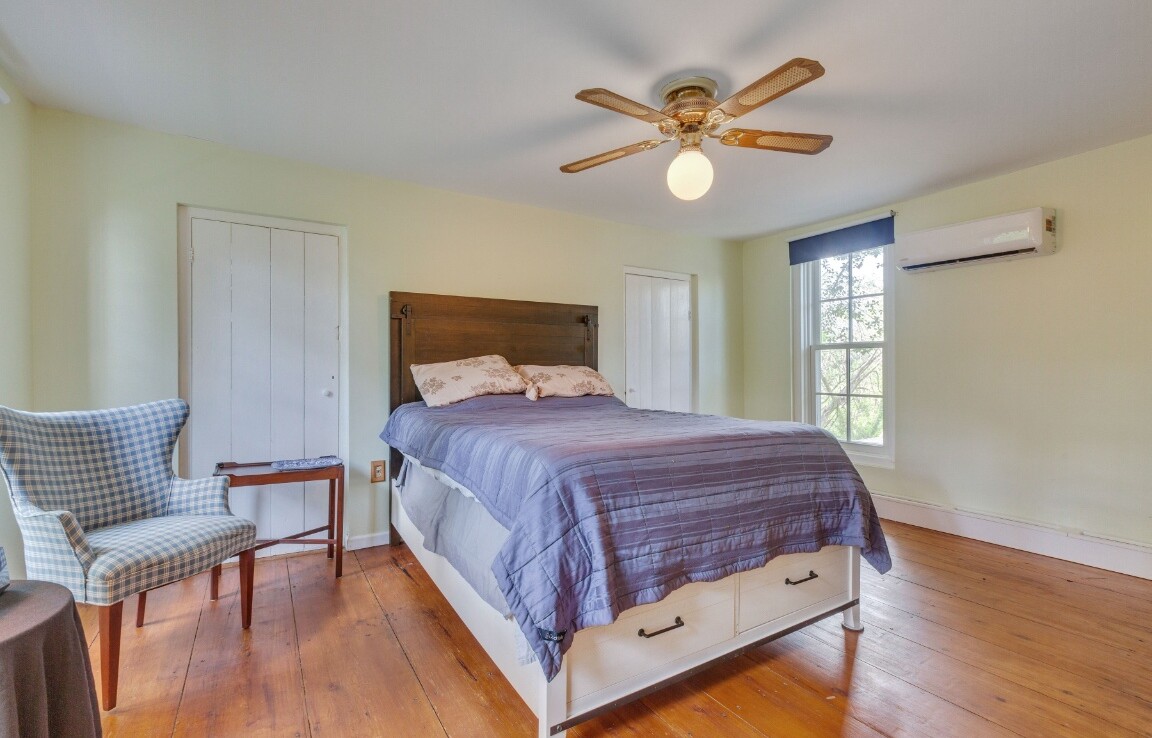 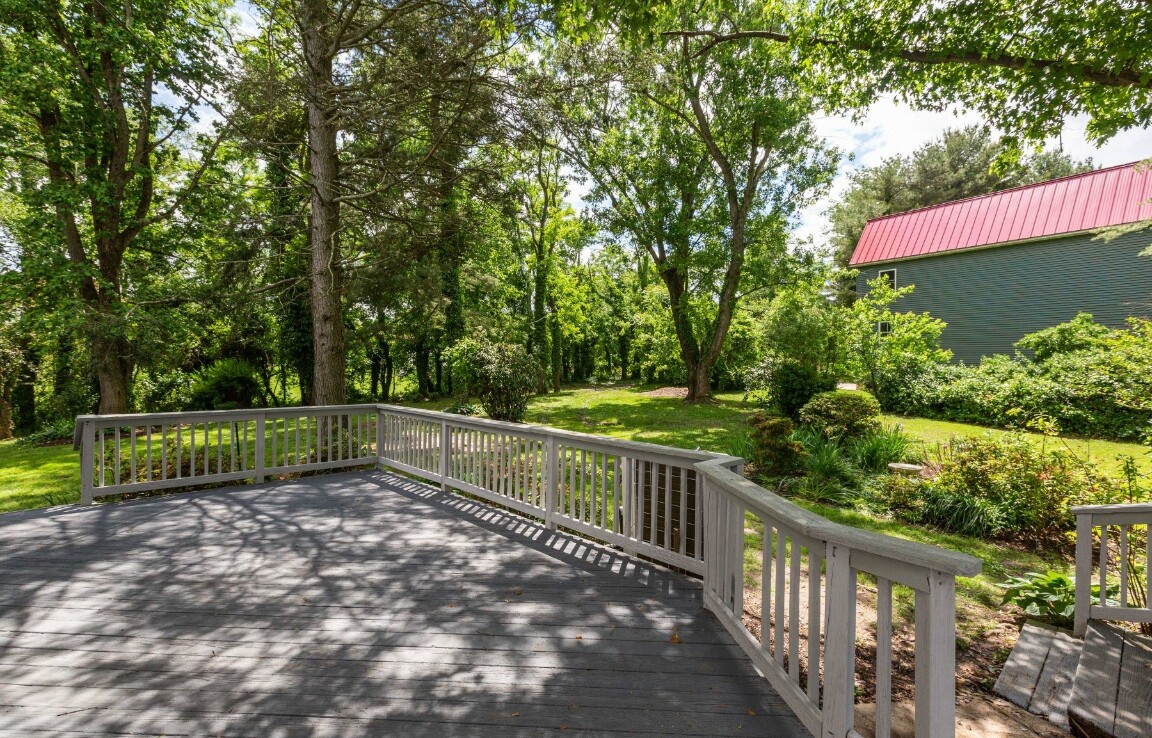 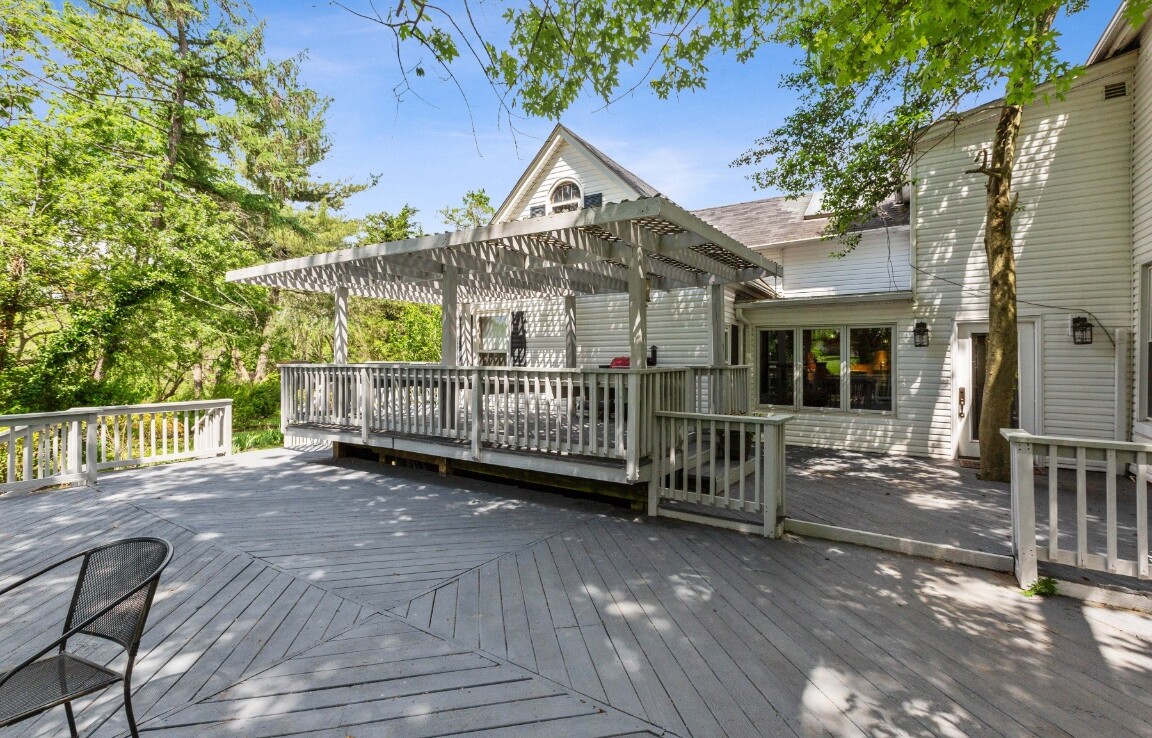 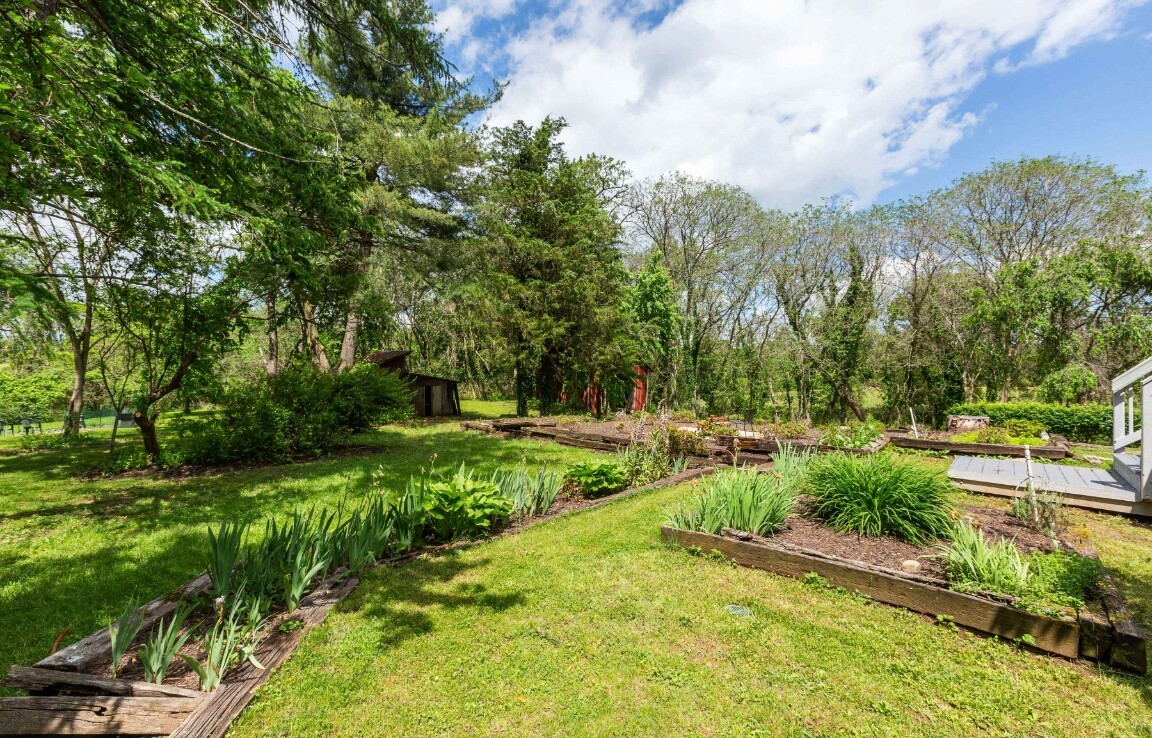 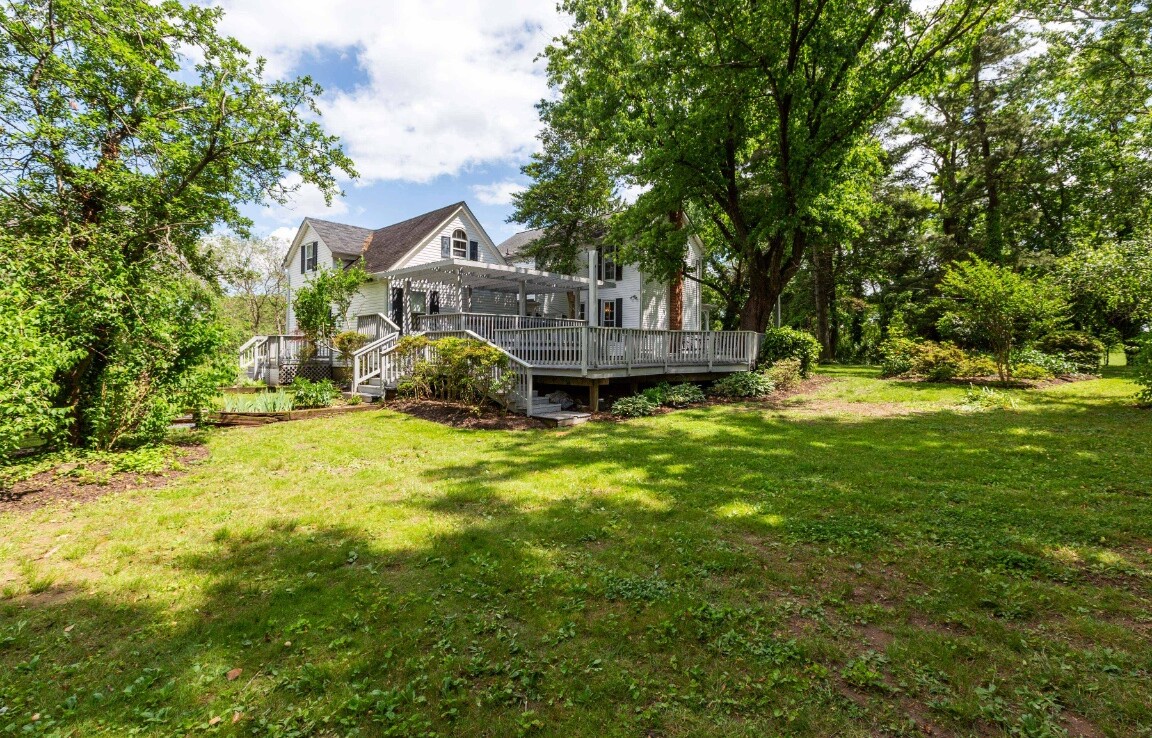 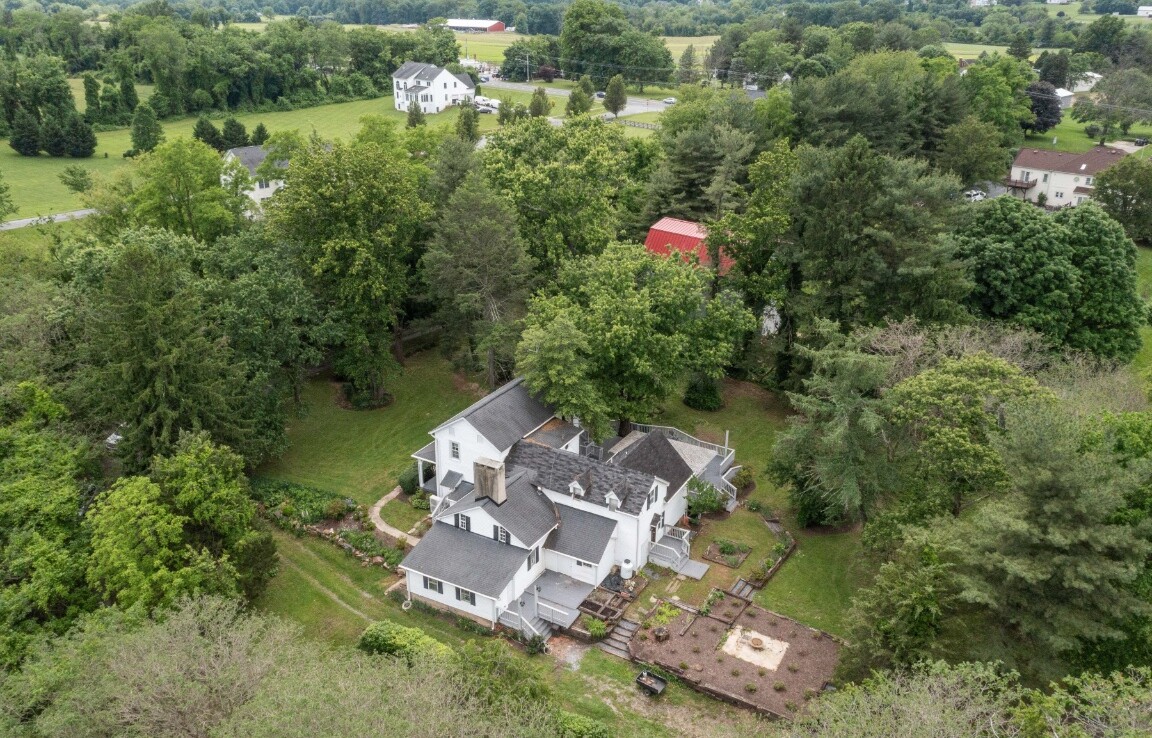